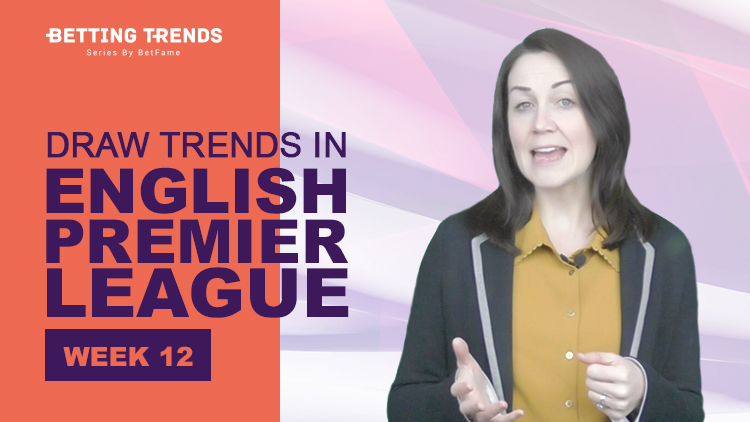 Hi and welcome to another episode from the Betting Trends video series by Betfame. I'm Emily De Cosimo and I'm the spokesperson for this video series. In this episode, we shall consider a common topic - football draw. Specifically, we are interested in examining the draw in English Premier League week 12 fixtures.

A draw is produced in a game when the two teams share the points. In this video, we are interested in establishing how that the English Premier League week 12 games produced some draw results if any. When the result of a match is a draw, it means neither side can defeat another. Either way, it's often considered a fair result, better than a loss.

From the week 12 results, the only game that ended in a draw was between Tottenham Hotspurs and Sheffield United at the Wembley Stadium. That's 10% of the results of the week. That is, other teams recorded a win or loss in their respective games. This is a bit unusual, but it shows the strength of the groups concerning their fixtures. However, more draw ratios are expected as we progress in the football season. Imagine if you were able to predict a draw for the match between Tottenham and Sheffield United. Now, imagine if you had predicted a draw in other games, and somehow they ended up playing a win/lose. There is no guarantee for success on any betting strategy you adopt. Besides, if you're just a casual fan who is not particularly interested in the profits as it were, you might see a draw as a fair result.

Generally, the catch is that draws are rarely common in football games, at least not until the final whistle; anything can happen in football. To discover more about other football betting trends, stay tuned for more videos.

Thank you for watching.