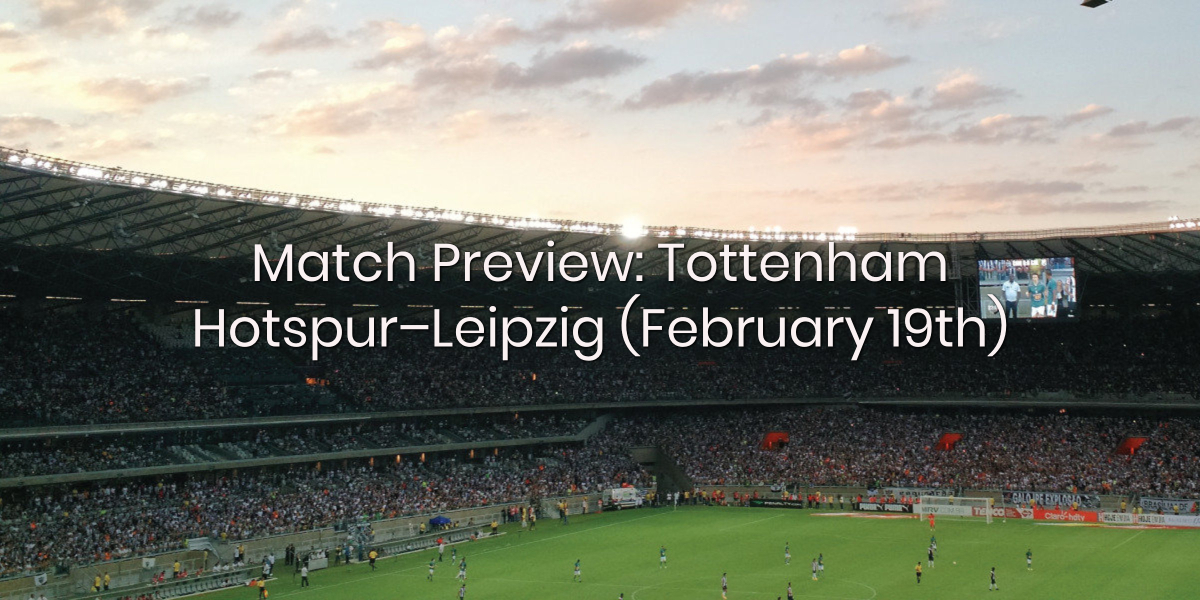 Tottenham Hotspur will be looking to erase the memory of their last two meetings with the Bundesliga teams when they lock horns with RB Leipzig in the UEFA Champions League round of 16. A massive showdown that will take place at the Tottenham Hotspur Stadium on February 19 will see the two sides facing off for the first time in their history.

Although Tottenham conceded seven goals in a home fixture for the first time in their 137-year history during a horror 7-2 loss to Bayern Munich on Matchday 2, Spurs have managed to regroup from a miserable night in London. Three consecutive wins that have all seen them score at least four goals have propelled the Premier League heavyweights to the Champions League knockout stage.

Last season's runners-up have, however, put together four successive victories against the Bundesliga sides, home and away, before the abovementioned defeat against Bayern. As a consequence, Spurs have now lost three of their last five home clashes against the German visitors (W2), with two of those failures coming via a single-goal margin.

Interestingly, none of Tottenham's previous 13 Champions League home fixtures has ended in a stalemate, with the London outfit picking up nine wins while losing the other four. Jose Mourinho will be happy to know that five of those nine successes saw Spurs shut their opponents out, while six witnessed them score three or more goals.

After missing out on the knockout stage qualification in their only previous Champions League appearance, RB Leipzig have progressed from the group phase for the first time in the club's history. The current Bundesliga table-toppers finished top of Group G, with a record of three wins, two draws, and a loss. Notably, two of those victories have come away from home and have seen Leipzig score precisely two goals apiece.

'Die Roten Bullen' insist on setting the pace of the game, especially when they play away from home. Indeed, they've opened the scoring in all three of their competition's away fixtures, although hurting their rivals inside the opening 30 minutes just once across those matches. However, Leipzig's overall European away record might give the traveling fans a few reasons to be wary. They've won only five of 15 continental trips, qualifying included (D5, L5), but this will be their first-ever visit to England.

Importantly, Julian Nagelsmann's men have unlocked the opposition's defense in all but one of their six Champions League trips, scoring over 1.5 goals on three of those occasions. Unfortunately for the visitors, they've failed to keep a clean sheet in five of those fixtures, conceding 2+ match goals three times too.

Mourinho needs to find a way to replace his talisman Harry Kane, who will not feature for the Londoners in this tie after picking up a hamstring injury in January. The pressure will be on the Korean star, Heung-min Son, to lead his side to their second successive Champions League quarter-finals. The 27-year-old winger has racked up five goals in Europe this season, with no other Tottenham player apart from sidelined Kane finding the net more than once.

Meanwhile, the in-demand forward, Timo Werner, will be headlining Leipzig's attack alongside the likes of Emil Forsberg and Yussuf Poulsen. The Danish striker has yet to open his account in the Champions League this campaign, but Werner and Forsberg have notched three goals apiece, which represents 60% of Leipzig's total goals in Europe this term.