Man City vs Man United: The Battle of Manchester
< Back to Blog 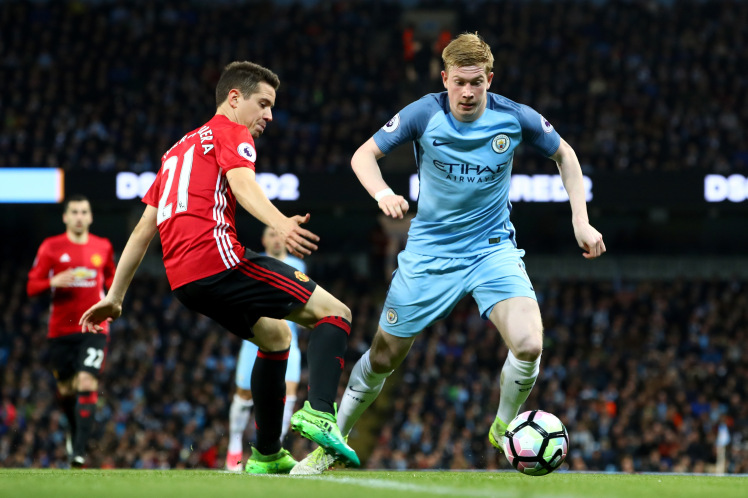 Manchester City versus Manchester United, red versus blue, Pep vs Jose. Although the title may have been decided for this season, this will be an eagerly anticipated encounter between the 1st and 2nd placed club in the Premier League. Man City has almost secured winning the league and will be hard to beat. United will vie for a top-4 finish with more teams than spots available for the Champions League.

These sides have played each other at Old Trafford earlier in the season. Manchester City edged out Mou’s United by a narrow 2 goals to 1 with David Silva, Marcus Rashford and Otamendi getting on the scoresheet.

Also, these sides did play in the International Champions Cup in August and United beat City 2-0 thanks to goals from Marcus Rashford and Romelu Lukaku.

Manchester City has managed to drop a few points in 2018 after a very good unbeaten run in 2017. City lost to Liverpool and Wigan and dropped points against Burnley and Crystal Palace. Even though that’s just 4 games, they are still in contention to win 3 titles this season.

Should City secure their place in other competitions, they may field a slightly weaker squad for this derby game. United need as many points as they can get to secure their Champions League group spot. United’s form has dipped of late after losses to Newcastle, Tottenham, Bristol, Man City and few more. They also dropped points against Burnley, Leicester and Southampton.

United could pull a feather out of the cap and pull off a surprise victory should City field a second-string squad. If that does not happen, then bookies, pundits and tipsters all favor City to win at home, towards the end of a brilliant campaign.