Chelsea vs West Ham: Premier League Analysis
< Back to Blog 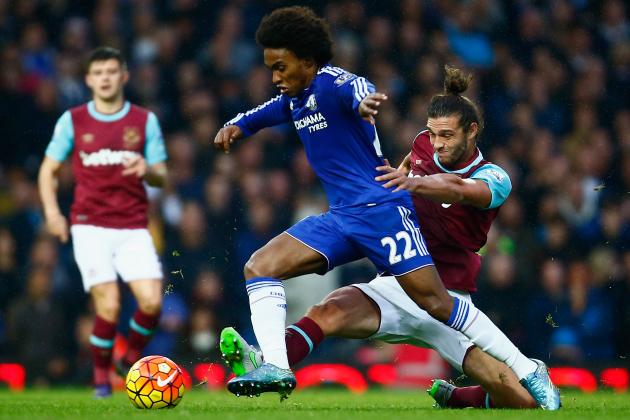 Chelsea and West Ham played each other once this season in December. The Hammers pipped Chelsea 1-0 on that day with Marko Arnautovic scoring in the 7th minute of the game with the Hammers playing at home. The next fixture between these London sides will be contested at Stamford Bridge on the 7th of April, 2018.

Chelsea has been inconsistent of late, winning just 2 games in 9 in January and not faring much better in February. Chelsea will be looking for a top-4 finish and will need to pick up as many points as they can. Moreover, if Chelsea doesn’t qualify for the Champions League next season, Conte could get axed come May.

The Hammers have managed to take points from Chelsea, Spurs and Arsenal. They also put in an impressive display against a then undefeated and invincible Manchester City. The club has also failed to beat Newcastle, Bournemouth, Everton, Burnley, West Brom, etc.

Chelsea is currently in the top-4 and will be looking to finish in 2nd position. Manchester City should win the League and there are just 4 points between the remaining 4 places (2nd to 5th).

West Ham sits in the middle of the Premier League table in 13th position. Although the Hammers have 30 points from almost as many games (28), they are just 3 points ahead of the drop zone. So the Hammers will be looking to avoid relegation, although they should be expected to finish the season above the drop zone.

Chelsea should take this result by 4 goals to 1. Eden Hazard, Willian and Morata should all get on the score sheet. Moreover, Willy and Eden are in superb form this season. West Ham will try to play out a draw but that result also looks highly unlikely. Aunotovic has been in form for the Hammers and will be the creative outlet for the Hammers.