The German football league, the Bundesliga, is regarded as one of the most exciting leagues in Europe. Teams all share an attack first mentality, which as lead to the league being the most watched in the world. It also means that predictions aren’t always easy. It is not uncommon for newly promoted teams to give problems to the mainstay teams, and in some cases, such as RB Liepzig in 2016-17, who came second in the league, despite having been promoted the previous season. All these excitement and unpredictability of the Bundesliga can lead to experts having trouble getting their predictions right. One thing they can predict, however, is that there will be goals!

The top six positions of the Bundesliga were decided on the last match of the season. Throughout the season, leadership changed a total of 5 times, but it was Bayern Munich who came out victorious. This is the side’s 7th title in seven seasons. But it wasn’t without a fight, as Borussia Dortmund finished only 2 points behind the eventual winners.
The final champions league spot, the 4th place in the Bundesliga, was in play for 4 different teams. Mönchengladbach, Bayer Leverkusen, Frankfurt, and Wolfsburg were all fighting to be in Europe’s most prized competition. Bayer Leverkusen eventually took the spot with a 5-1 win over Berlin in the capital.

Just by reading what happened this season in the Bundesliga, you can see that making a prediction for next season, the 2019/20 season, is incredibly difficult. With high chances of everything going down to the wire again, prediction experts, tipster, and bookies are all struggling to come up with a definitive top four. Predictions of excitement, plenty of goals and drama are guaranteed, however, in the Bundesliga, a top-four finish is never anything certain.

Betting on the Bundesliga

If you are looking for Bundesliga tipsters throughout the season, there are various websites you can check out to keep yourself informed. You can also check out Betfame betting tips marketplace for match day predictions, top scorers, and a variety of other bets for you to place. Betfame professional soccer tipsters with Bundesliga predictions and help you bet with confidence. 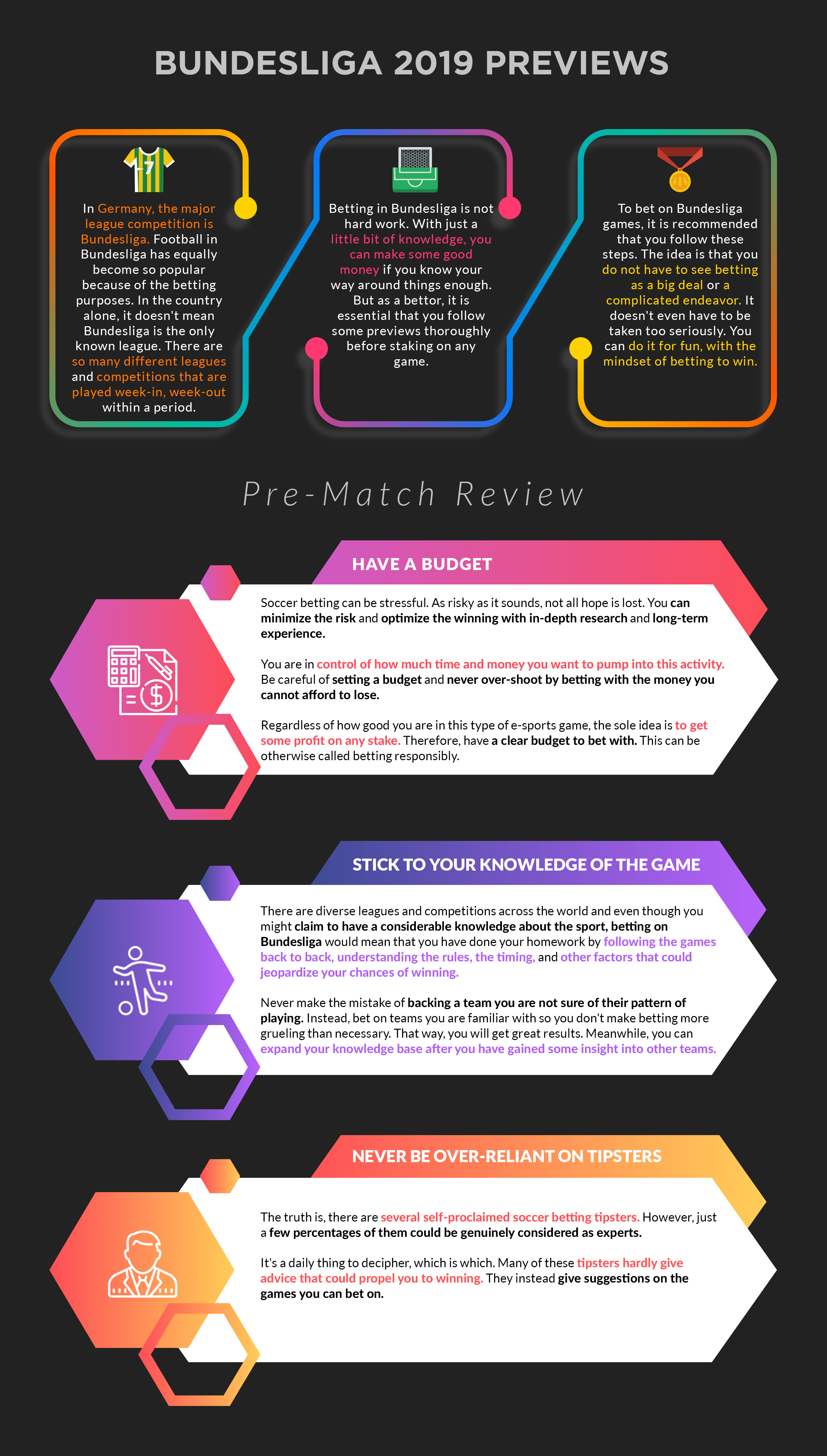