Betting Trends | Draw Trends In Bundesliga Week 12
< Back to Blog 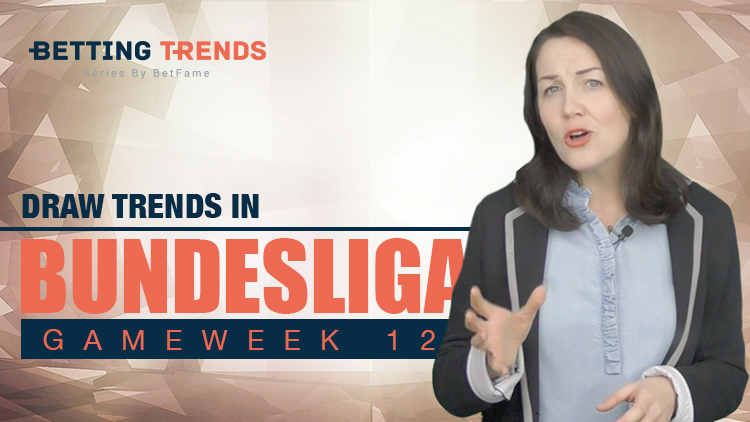 Hi, welcome to another episode of betting trends by BetFame. I’m Emily De Cosimo and I am the spokesperson for BetFame. This episode demonstrates the analysis of the Bundesliga Week 12 results, particularly, the ones that ended in a draw. We will look at how many games ended in a stalemate in the week’s games, and the implication of the result on the league, players, teams, managers, and bettors. When a title contender hosts a struggling team, the probability that the game will end in a draw is often quoted to be around 13-14% while a contest between two mid-table teams will have a probability of 30% of the game ending in a draw.

What this means is that if we have 9 games on a weekend, depending on the arrangement of the fixtures, and team form, it is rare that at least a game would not end in a draw. At least one of nine often does. Meanwhile, the chance of draws differs from one league to another. This will now lead us to check the previous results to validate these facts.

Of the 9 fixtures among 18 teams of the top flying German league:

In a nutshell, a slim 10.5% of the week's fixtures produced a draw. The rest was a win or loss for the respective teams. Thus, draws in the Bundesliga are existent and in the weeks to come, we are very much likely to see more events that could be in favor or against the teams.

We hope you have learned a thing or two about Bundesliga in this video. To learn more about soccer and betting, don’t forget to hit the subscribe button and stay tuned for more videos in this betting trends series.

Thanks for watching and good luck…